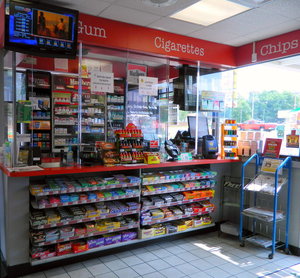 Prompt: When a person turns eighteen, their last words appear somewhere on their body. Yours frighten you intensely.

Johnny’s parents managed to book him a night club for his eighteenth birthday. All his friends and some of his family members danced on the dance floor while loud pop music blared from the large speakers on the stage, next to the DJ. Multicolored strobe lights pierced the darkness, whizzing and zipping overs the tables, walls, ceilings, people.

Johnny was off in a corner at a table, hanging out with his best friend Tom. They were scrolling through their phones, checking their Facebook and Instagram for any new messages from the girls they invited to the party. Johnny was still seventeen, but by ten o’clock, which was only in fifteen minutes, he would finally be an adult.

“Man, I can’t wait!” He shouted over the music to Tom a few minutes later.

Looking up from his phone, Tom said. “Yeah! It’s going to be totally awesome. Maybe your parents will let you get a car now!”

“Hopefully!” He looked at the clock on his phone. It was ten minutes away. He said to Tom, “Hey! Wanna go to the store and pick up a pack of smokes? I’ll be finally able to buy them legally!”

Tom clicked off his phone and put it in his pocket, then got up from the table. “Absolutely!”

The store was on the corner of 5th and 4th Street and only a five minute walk from the club. The immediate silent night fell over them as they left the blaring music inside the club. The cold air felt good on their warm skin, and they joked around as they moved down the sidewalk to the store. The dull light coming through the transparent plastic walls of the convenience store fell on the cement and pavement outside.

Before entering, Johnny double-checked that he had his ID on him — wouldn’t want to forget that.

Tom pushed open the door and Johnny followed him in. There were two people in front of them in line, and Johnny checked his phone again. Only two minutes left, he thought.

The lined moved quicker than he anticipated and soon they were next. The slouched, wrinkly old woman who was beyond the counter looked at them both with beady, black eyes. “What do you want?” she asked, her voice frog-like.

“Pack of smokes, Marlboros.” Johnny said, taking out his wallet.

“Yeah, yeah I do, it’s right—” His words were stopped mid-sentence by Tom, who snatched his wrist and pulled his arm close to his face.

“When did you get a tattoo?” he asked.

“What the hell are you talking about? I didn’t get a tattoo.”

“Bullshit!” He shoved Johnny’s arm back. “Just look, on your wrist.”

It was small and black, and seemed to be a sentence. He raised his wrist close to his eyes, and started to read it aloud.

The door to the convenience door exploded open by two men in black clothes and ski-masks covering their faces. Tommy and Johnny turned to them instinctively, and when they saw the two saw-offed shotguns the men held out in front of them made their eyes wide and cold fear shoot up their backs.

“What the hell do you want?” The old lady asked. “Get out of my store you damn hooligans!”

“Fuck you, you old broad,” one said, then pulled the trigger of his gun.

Tom dropped to the floor, his hands over his head, but Johnny dumbly looked at Tom falling, wondering why would he do that, then looked up at the man when he pulled the trigger. The shot sent Johnny flying against the counter, blood seeping out from multiple places of his body, mainly from the large hole in his abdomen. The world became hazy, deafening; a blackness circled his vision and he steadily grew cold and numb. He couldn’t catch his breath, no matter how much he gulped at the air like a fish. His limbs trembled and tears streamed down his face.

Another report of the gun was heard off somewhere, but he couldn’t see or tell where. Paper and plastic splashed the air like confetti above him, drifting down onto the blood soaked floor.

He looked at Tom on the ground, shaking, a pool of urine underneath his pants, but still alive. Tom, his eyes filled with fear and tears, looked up at Johnny.

“Run, Tom, run,” Johnny muttered, before the blood loss became too much and a blackness overwhelmed him.

Read my previous prompt, “A Room, the Viewer, the Man“