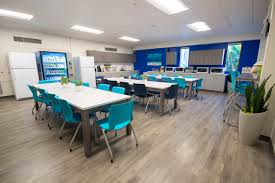 Prompt: One of your coworkers whistles almost constantly. Everyone thinks he’s just trying to keep people from talking to him, but you’ve just found out his horrible secret…

I sat across from Dave in the break room. His fidgeted with his fingers as he whistled. Sweat beaded his face and the pits in his white shirt was soaked through.

He shrugged, then quickly looked over his shoulder.

I glanced in the same direction, seeing nothing. “So, uh… any plans for the weekend?”

Still whistling, he shook his head.

“The wife’s out of town with her friend,” I said, “so I’ll have the whole house to myself. I’m thinking of inviting some buddies from the department — Bill, Jack, and Michael — over Saturday night for drinks and cards. You want in?”

He locked eyes with me, his face reddening as began to sweat more. The melody from his paling lips never faltered. It looked like he wanted to say more than just yes — he looked like a man who wanted to scream for help.

Tabling the poker game, I asked. “Dave, are you in some trouble? Is that why you whistle all the time?”

“What kind of trouble?” I whispered, leaning forward. “Like money troubles or…?”

He shook his head as his hand scrambled down below the table, then came back out with a packet of sticky notes and a pen. Feverishly, he scribbled something down, then slid the pad over.

“Uh, why can’t you stop whistling? Who’ll come?” I glanced around the empty break room. “No one here’s but us — I wouldn’t tell anyone.”

He snatched the pad back, ripped the top one away, then wrote again.

He shook his head, tearing the note off, wrote again. The letters were thicker, larger; screaming.

THEY’LL COME IF I STOP. CAN’T STOP EVER.

“But Dave— c’mon, no one’s here. Whoever these guy’s are will never know. I’d never say anything, and even if you did come to the poker game, none of the guys would say a damn thing either — I swear it.”

His face scrunched up, tears escaping from his red-rimmed eyes. He groaned and in that split second, that smallest fraction of time that wouldn’t even be considered time, like when your heart beats, the whistling stopped and the only noise in the break room was the hum of the refrigerator.

His eyes snapped open, and he began to scream, “No!—” when the overhead lights died, throwing the room in darkness. There was a scrambling on the floor, on the ceiling, as if dozens of rats scurried underneath the carpet and above the tiles. But it sounded more like the wrinkling of hundreds of sheets of paper or layer upon layer of dried leaves crunching under your feet in early winter.

Dave’s words were cut off and he started to cough and hack. He overturned the table, which sent me jumping out of my seat, and he stumbled somewhere in the darkness off to the right. The crackling became overwhelming. I couldn’t think or hear my own screams when I called for Dave. Then, like a bone cracking, the crackling abruptly stopped and a palpable silence filled the room. The lights flickered on, revealing the upturned table, my tipped over chair, and Dave’s empty, wrinkled clothes on the floor.

Read my previous prompt, “The Thing from Below.”