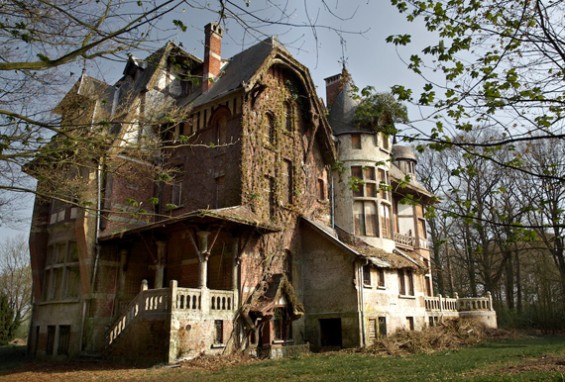 Prompt: We lock our doors at night, not to keep people out, but to keep what we become in.

We stay in to protect those on the outside, at least that’s what my grandmother said before she passed five years ago. Back in the day the Family — our Family — had a larger problem with their, what I like to call, disease. Now some may believe it’s not a disease but a gift, a gift from someone from somewhere up above or down below, depending on who you ask. Either way, for as long as I can remember — for as long as anyone in my Family can remember, that is — we’ve always had this disease. No one knows how it came to be, how to cure it, or even how to manage it’s symptoms.

But, what we do know, is that is only takes affect after nightfall. We thought maybe it was UV light, but after testing with a UV light device we found that to be wrong. Then we thought it was maybe infrared lights, which as with the UV light, found that wasn’t the case either. Then, there were other strange and, oftentimes, stupid tests, like the change in the temperature from day to night, or the color of the sky or the way grass is cut and it was all just some kind of allergy.

Either way, doesn’t matter now; honestly, it doesn’t. It’s here and it’s staying — no changing that. Our Family lives in a cabin off in the woods — for the populace’s protection, not ours. It has six bedrooms, three bathrooms, and a few dozen acres filled with trees, bushes, some creeks, and what seems like, thousands of critters and animals. Our ancestors purchased the land for a dime, then their offspring built on it. Older folks live on the first floor, young-er ones on the second, then the youngest up in the two bedroom attic. By youngest is that I am only fifty-years-old in human years, though I feel, think, and look about twenty. The others in the house… Well, I can’t say the same. Some look fifty but are actually eighty, while the oldest ones look a hundred but in reality are two-hundred. Age is a finicky thing with the disease. Anyway, back to the the attic, that’s where I live. I only leave to use the facilities and grab something to eat down in the kitchen.

It’s night now. Each door to each room is locked, even the bathrooms and the trapdoor to the basement. It’s cloudy, but according to the radio, that’ll pass and it will be an open, black sky. The weatherman also said the moon will be out and full — which always makes the disease much, much worse.

First my skin will began to stretch like bubble gum, as if some strongman is tearing a man apart by his arms. Then, my beautiful, oiled back hair will sprout in tufts, billowing out over my shoulders. Then comes the cracking, the endless jabbing, sharp pains of my bones breaking, mending, breaking, mending, until they are in a form more canine than human. At first it’s a horrible pain, but like all horrible things in life, you get to use it after a while. And then, following the snapping and rearranging on my bones and innards, the muscles will tighten, become sinewy and stronger; my teeth will sharpen into jagged points that can tear a limb from a man effortlessly; and my manicured fingernails will elongate, sharpen to fine points. If I kept my sanity after that, then I’d use them to pick chicken from my teeth or maybe carve a nice design into my walls — but I don’t, so I don’t.

Then, lastly, the coup de grâce, is my mind slips into a bestial, primordial whirlpool of nothingness. I no longer think, but act; no longer ponder, but pounce; no longer hunger, but starve. The basic instincts that consume my consciousness scream at me, reverberate through my long, muscular limbs and malformed bones to eat, to devour, to piss and shit and fuck without shame, without tiring; an endless source of lycanthrope energy and power.

Ah, the clouds have cleared.

The moon is full.

Sorry, but the disease calls.

Read my previous prompt, “The Better Things Come in Threes.”