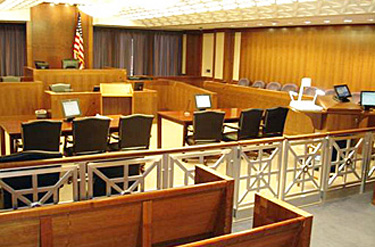 Prompt: You’re a lawyer-wizard who gives objects temporary sentience so they can defend themselves from asset forfeiture.

“Docket 24-C. Frugus v. Young.” the bailiff said, then strode and stood at the side of the judge’s bench.

The judge rapped her gavel and we both stood at our adjacent polished tables. “What are we here for today?” she asked, looking down at the sheet with the case’s details.

“We’re here, Your Honor,” I said, “for an asset dispute of my client, Mr. Young. He’s not with us today. Unfortunately, he passed two nights ago.”

“And, what is the asset that is being disputed?”

The other lawyer, an oily, bald man with a suit two sizes too small, rose from his chair. His client sat back and grinned, the fat pockets of his sides bulging between the chair’s seat and armrests. “A commode, Your Honor. My client worked for Mr. Young for years, ever since he was a boy, doing his farm work and tending to his lawn and garden. He has every right to it as Mr. Young’s children.”

“A commode?” the Judge asked.

“All right, that’s enough,” the Judge said, waving her hand. “So, the dispute is about a toilet. Why? Why is it so important?”

“Because,” the other lawyer jumped in, “it’s one-of-a-kind. Mr. Young has it specially produced in a foreign country. It’s perfectly crafted for—” the lawyer coughed into his hand, grinned, “—for use, Your Honor. Its made from rare materials hardly available today, at least cheaply.”

“And your client, Mr. Frugus, believes he’s owed this?”

“Absolutely. Like I said before, he’s been with the family for decades and has used the asset multiple times. If I’d be so bold, Your Honor, he has an affinity for it.”

The Judge glanced at Mr. Frugus, who smiled, revealing yellowed teeth, and padded his thin, damp hair down. She looked at the file, then me. “So, Mr. Fredrick. It says here that you’re a Lawizard. Is that right?” I nodded. “And, from my understanding, you can give life to objects that normally can’t or shouldn’t have it, is that correct?” I nodded again. “So, really, I don’t need to be involved in this ruling, do I? Please bailiff, bring in the asset.”

The bailiff turned and passed through the doorway in the back of the court. He returned a moment later, pushing a dolly with the asset on top. Its ivory and peridot encrusted frame gleamed under the light, its seat crafted like shallow, silky waves, its tank carved perfectly to support the back of any gentlemen with a handle made from gold. I had never sat upon it but seeing it made me wish I could, wish I could use it for hours upon hours. It was placed in the center of the room.

“OK, Mr. Fredrick. Please use your talents on the asset and we’ll let it decide who it will go to.”

“Wait, Your Honor, can we—” the other lawyer tried to say, but the Judge waved her hand. “If an asset can decide on its own, then we should let it.” The other lawyer dwindled.

I removed my wand from my briefcase and walked up to the toilet. I placed my hand onto the top of the tank, then tapped it five times, in between each of my fingers. Tiny sparks issued from each point and slithered over the tank, the seat, the base.

Its seat raised. “Hello! Hello! Holy I can talk!”

“All right. Asset,” she said, “we are deciding where you will be placed. Mr. Frugus, over there, says he deserves to own you, says he used you many times before. Would you like to be placed in his home, or with your previous owner’s — Mr. Young — children?”

The toilet’s base scrapped as it slowly turned towards Mr. Frugus, who smiled and waved. It began to rattle and tremble. The seat raised, fell, raised again, fell. “God… no. The horrors… The horrors of that man… Even as a boy… God, no! The children! Give me to the children!” Its words became incoherent screams. Quickly I tapped it fives times with my wand, and its seat lowered and it was silent.

“Now you see Your Honor, it’s clear the asset wants to be placed with the children.” I said, returning to my table.

The Judge rapped her gavel. “It’s decided. The asset will be returned to Mr. Young’s children, and Mr. Frugus will not be given the asset. Court adjourned.”

The court was silent as returned my wand to my briefcase, except for the sobbing of Mr. Frugus, who still sat in his chair, crying into his hands.

Read my previous prompt, “The Removal of False Flesh.”