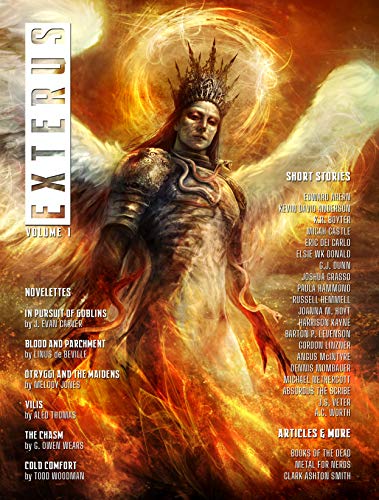 Among the short stories is my first published dark fantasy story, “The Gallows”!

“The Gallows” is a tale that begins with the prisoner, Simon, speaking with another prisoner. They discuss what brought them there, how the royal family has fallen, and how the Three Kings have taken over the kingdom. Before he can learn more, Simon’s retrieved by a guard in black plated armor, the Three Kings insignia prominent on his left breast.

Simon’s forced up the dungeon’s stone stairs, and into the roaring crowd surrounding where he ultimately is being led: the gallows. It’s not the rope Simon fears, but the Outer Realm, a place of unfathomable terror set into place for heretics since the Three Kings began their reign…

Purchase or read via KDU on Amazon.